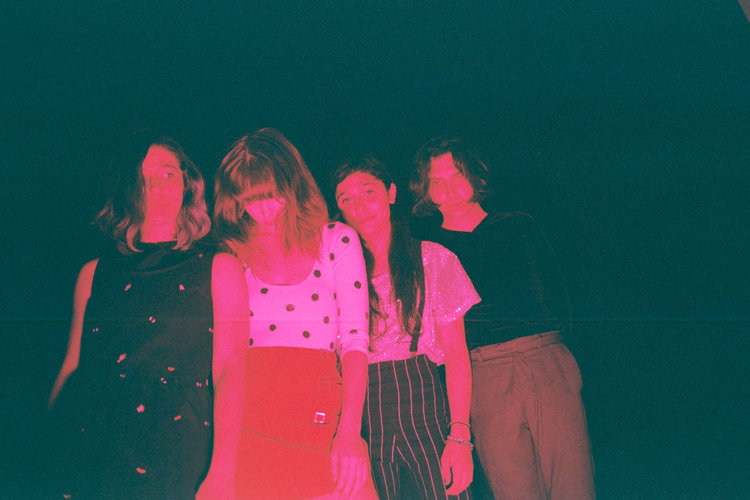 Veiny Hands is one of those bands that just step out of the darkness and immediately blow your face off. In just a small amount of time their music and impact has reached so many different places and has grasped the attention of some of today’s most notorious bands. They have been constantly evolving since day one. Mixing different music styles of garage, new wave, krautrock and surf to create their own dark, mesmerizing sound. Rod Olfo (Lead Guitar) and Jasmine Deja (Bass Guitar) team up as songwriters and force your heart to erupt with nostalgia as they combine their clever riffs and shove the words down your throat. While Brie (drums) and Tina (keys) keep you driven and steady hypnotized on the path of each song.

Since opening for The Growlers at their fourth show, Veiny Hands has had the pleasure of sharing the stage with other notable bands; La Luz, Shannon and the Clams Jacuzzi Boys, Death Valley Girls, Broncho, LA Witch, Colleen Green, TV Girl and more… Veiny Hands has released their own 7 inch Vinyl and an EP with BUFU records.