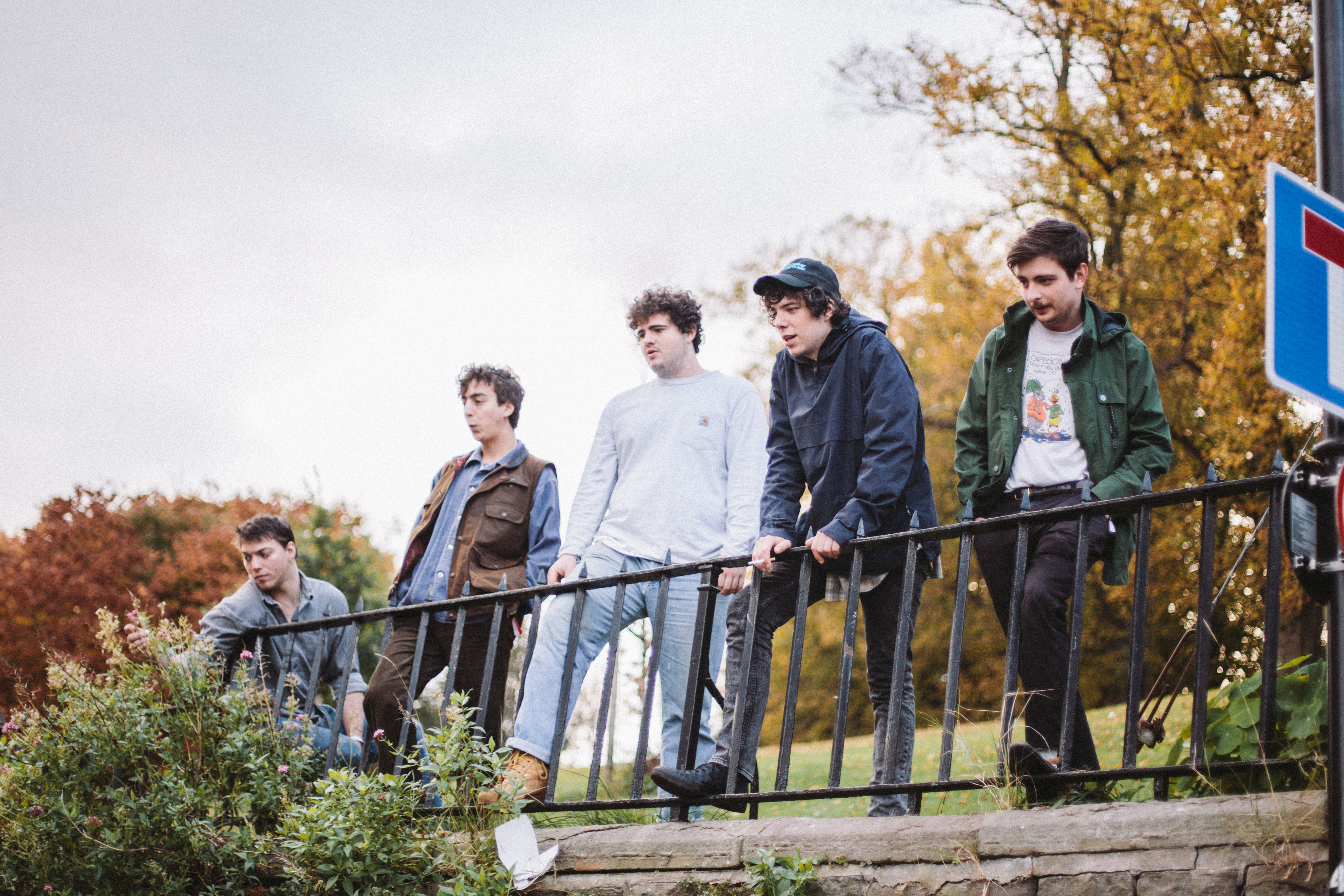 Give Twin Peaks an inch and they’ll take a stretch of the road. Having careened across America and beyond, sharing their staggering energy, the band made their third album the best way they know how: by themselves. The same group that produced the scuzzy squalor of their debut ‘Sunken’ and had legions of fans screaming along to their anthemic sophomore effort, ‘Wild Onion,’ now swings and serenades with ‘Down In Heaven’ (out on Grand Jury on May 13, 2016).

Co-produced by the band and longtime collaborator R. Andrew Humphrey, and mixed by new confidant John Agnello (Dinosaur Jr., Kurt Vile, Sonic Youth), the record is by turns raw, polished and wise beyond its years. The diverse new songs beg the listener to sway slowly, bang their head wildly and question what they were doing wasting emotional time on anything less. It is a marked, and some may say mature, development for a band that doesn’t know how to play it safe. They aren’t here to tell you what youth is like or what being a little older now means, though; they want to join you in a conversation about why we hurt, love and tug at each other.

While Twin Peaks is a bit older, they’re not necessarily calmer; their restlessness endures. Born of Chicago’s league-leading DIY scene and with several of them remaining friends since elementary school, Cadien Lake James, Clay Frankel, Connor Brodner, Jack Dolan, and most recent addition Colin Croom share an enthusiasm, authenticity and passion their audiences have found contagious. In the three years since dropping out of college to support their debut album ‘Sunken,’ the band has covered a lot of ground.

They’ve played to ever-increasing crowds, bigger and rowdier each time they come barreling into a city; they were anointed “Best New Band” by NME and countless other blogs, and they have performed for (and partied with) more than hospitable masses at festivals in the states and Europe, including Pitchfork, Lollapalooza, Reading & Leeds, and Roskilde. In between all this action, the group set up camp in the summer of 2015 amidst the solitude of a murky lake in Western Massachusetts, where they could experiment and record on their own terms in the warm living room of a good friend’s house.

Recording on reel-to-reel with the band learning studio tricks on the fly, Twin Peaks set out to a make an LP that reflects how far they’ve come and how much of life is left, trusting themselves to make a record they’d want to hear. James explains, “I’ve been particularly drawn to records that have a more personal feel, not necessarily lyrically, but in sonic aesthetic, like The Kinks’ ‘Village Green Society,’ Beatles’ ‘White Album,’ and Rolling Stones’ ‘Beggars Banquet.’ We wanted to make a record that employed the restraints of our favorite artists from yesteryear. It was about trying to simplify and hone in on the things that are important to our music and ethos.” In considering the development of the band’s sound from ‘Sunken’ to ‘Wild Onion’ and now to ‘Down in Heaven,’ Frankel adds, “The bands we admire are the ones who change drastically over the course of their span, like The Velvet Underground, where no two records of theirs sound the same.”

Whether sneering or pleading, aggressive or impatient, the thirteen tracks of ‘Down In Heaven’ are a continuation of the bands path and an eschewing of previous comparisons.

It is a record all about feel: heartbreak, forgiveness, anger, jubilation, re-invention, growth. Album opener “Walk To The One You Love,” written by James about letting someone close to you go is immediately followed by Frankel’s song “Wanted You,” with lyrics about not getting the one that you yearn for. With “Stain,” perhaps the biggest departure for the band on the record, Frankel says, “I didn’t want another love song, so after a while I got what it is, how you suffer for your art but you put up with it because you don’t wanna do anything else. It’s a song about the love of music.” Even though four of the five members contribute lyrics, there are obvious connections both thematically and musically across the record and the band’s voice rises unified.

‘Down in Heaven’ will bring old fans and new Twin Peaks most complex record to date, encompassing elements only teased on their previous efforts. Frankel says, “I don’t know yet what kind of band we are, since we keep changing with every year. I guess we are a band unafraid of new influences and changes.” Put simply, ‘Down In Heaven’ makes it increasingly hard to call their sound “classic.” It’s rock new and old, it’s a little bit of country, it’s a whole lot of punk attitude, and it’s something to get excited about. Twin Peaks is here to stay, and they aren’t going to get pinned down.