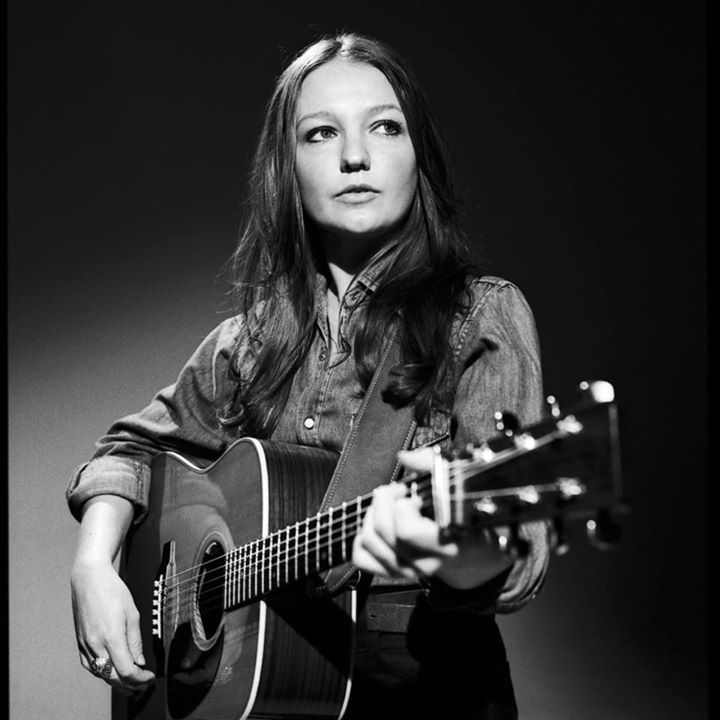 Even so, Waldon’s musical tastes reach well beyond those borders, as evidenced on her new release, I’ve Got a Way. From classic crooners like Merle Haggard and Loretta Lynn, to bluegrass greats like Ralph Stanley and Ricky Skaggs, to iconic songwriters like Vern Gosdin and Guy Clark, she wears her influences on her sleeve… and proudly so. “I’ve spent a huge majority of my life studying my favorite records, my favorite songs, and my most-favorite singers,” she says, adding, “and you never stop learning or gaining from it. I’m still doing it all the time.”

Waldon was 13 when her parents divorced and, inspired by the music surrounding her, she started playing guitar as a means to make it through her teen years. “I finally felt like I was a part of something when I started playing and writing music. It was something that finally made everything make sense, and it was a very essential and healthy thing for me during my younger years, and still is,” she says. “I wasn’t one of those kids that applied for college or probably even took it very seriously upon graduating high school. I guess I wanted to do things my own way, so I didn’t go to college and I moved to Nashville, on a whim really.”

Upon her arrival in Music City, Waldon toiled away 45+ hours a week in a minimum wage job and played gigs in any bar that would let her in the door and on the stage. “It was a seasoning, and also a questionable period in my life, in which I really saw just how much better I needed to be,” she recalls. “I needed to learn and grow so much more.” Eventually, she ended up at Belmont University, where she studied Songwriting and Music Business. “I never thought I would ever graduate from college,” she says, adding, “and I was the first person in my family to do so, so it really meant a lot to them.” But her schooling didn’t stop once her diploma was in hand: “Of course, the real education is being out in it, and all down in it.”

With a pocket full of songs, Waldon released her debut album in 2014, The Goldmine. The set was met with open arms from both critics and lovers of the kind of country music that she makes — the kind born in bars and raised in honky-tonks, the kind leaning on pedal steel and driven by Telecaster.

As solid as the effort was, its follow-up isn’t just a next step, it’s a forward leap. “I will always be proud of The Goldmine, and it will always remain a part of me,” Waldon offers. “But I hope to only be refining everything from this point on. I’ve Got a Way is a much more empowering and uplifting record for me, and hopefully for everybody else.”

After all, when you’re a songwriter, a couple of years can contain a lifetime of lessons. And that wisdom is what seeps through on her sophomore effort which, like The Goldmine, was produced by Michael Rinne. For Waldon, “It’s a transition in letting go and also being absolutely comfortable in your own skin. It’s my exploration of all the things that really matter in this world, staying true to who I am and to the things that I actually care about.”

Indeed, the newfound confidence and compassion with which she inhabits her place in the world comes through loud and clear on original cuts like “All by Myself,” “Don’t Hurt the Ones (Who’ve Loved You the Most),” and “Life Moves Slow,” as well as her arrangements of Vern and Rex Gosdin’s “There Must Be a Someone” and Bill Monroe’s “Traveling Down This Lonesome Road.”

Perhaps because it was one of the first songs Waldon wrote this go-around,“All By Myself,” in particular, stands out as something of a thesis statement for the rest of the album, if not for life, in general. As she explains, “I had originally written it about one thing, but it turns out that it wasn’t really about me; it was about everyone. It is not a lecture, or a sermon, or a statement from me. I want it to be a statement for everyone, as a whole: The power is only inside of ourselves.”

Because no country record would be complete without a proper kiss-off cut, Waldon scratched out her own entry in that milieu with “You Can Have It“ It probably seems like somewhat of an ornery sentiment — “You can have it, I didn’t want it anyway,” she offers. But it’s not as simple as all that. “For me, this is about peace and contentment within yourself. That place you arrive at in your life where the fear of missing out — or the pressure of pleasing anyone else — doesn’t seem to phase you anymore. It’s like, “You’re either in or you’re out … and if you’re out, that’s fine. I’ll be over here, and I’ll still be alright”

Personal empowerment comes up time and again across I’ve Got a Way. In “Let’s Pretend,” that power emerges through the act of focusing on the good and choosing the kind as part of what Waldon describes as “a ‘Storms Never Last’ mentality” to relationships: “If you start focusing on the good much more than the bad, you always stand a chance.” Further in, the honky-tonk churn and chug of “False King” tugs at a similar thread while providing Waldon with an opportunity to highlight her sense of humor.

Closing the collection are”Traveling Down This Lonesome Road,” which stands as her hard-edged hat tip to Bill Monroe and the music she grew up on, and “The Heartbreak,” which shows she can deliver a weeper, to boot. But this isn’t the standard woe-is- me fare. Here, too, is a message of empowerment and empathy. “This was one of the last songs I wrote for the record, and it almost seemed to come out of nowhere,” Waldon says. “I could only think of it as closing the record: We’re all in this together, and we must move on and keep going.”

Lest anyone think that I’ve Got a Way is the oft-told story of a small town dreamer escaping to the big city, they’ve got another think coming. As Waldon tells it, “That’s only one part of the story to me. I don’t feel like I have to reiterate that at all. I write about what inspires me, in real time. Whether it happens to be something involving that, or something else.”

So, how does Waldon turn those inspirations into the country music that is so much a part of her? “Lay it all out, and sing it from the heart, way down deep,” she says. “If you do it that way, you don’t need gimmicks.”