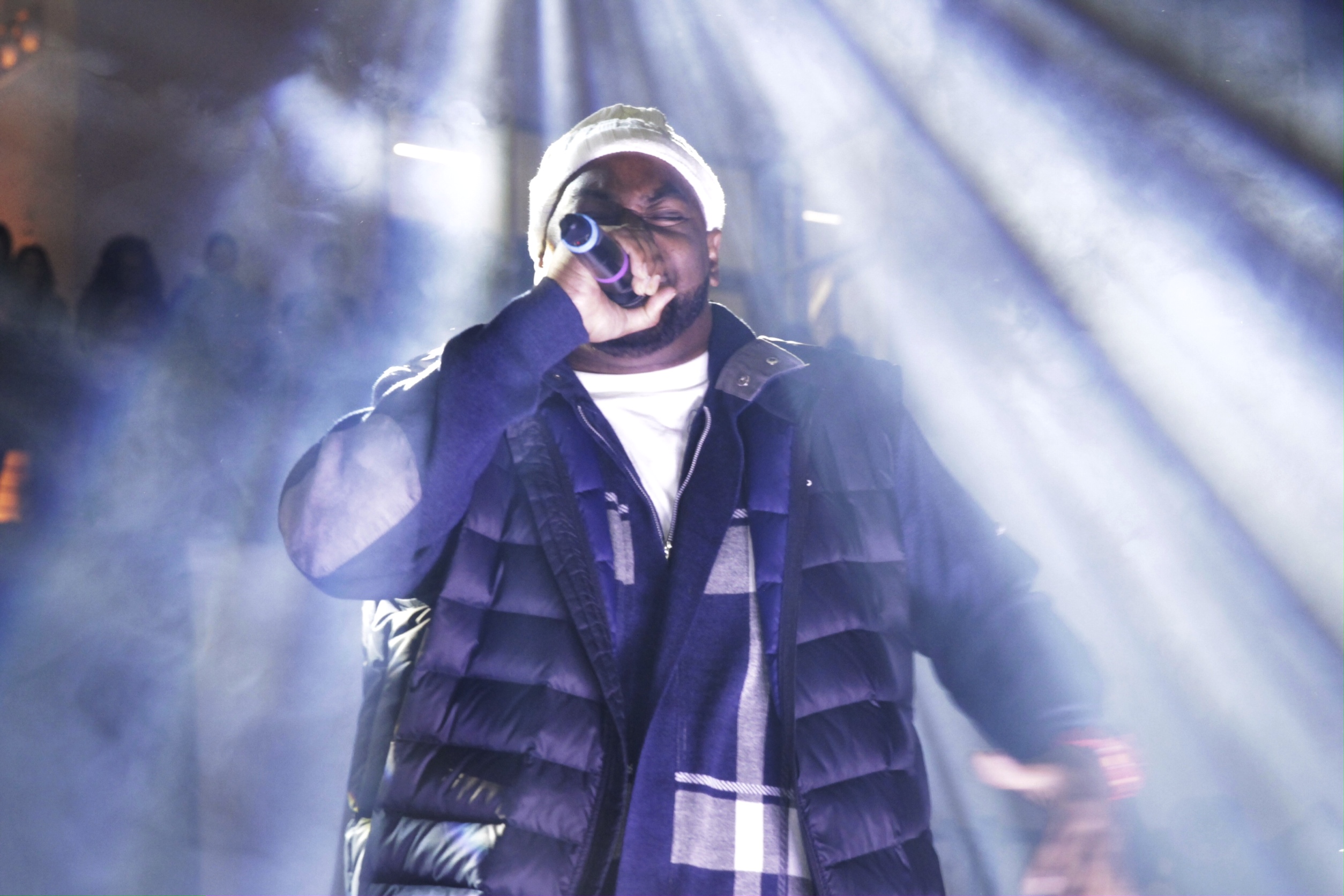 As one of the original members of the seminal ’90s rap crew the Wu-Tang Clan, Ghostface Killah (aka Tony Starks) made an impact before he released his debut album, Ironman, late in 1996. Like all members of the Wu-Tang Clan, the rapper used the group as a launching pad for a solo career, which was assisted greatly by other members of the Clan, particularly producer RZA. Ghostface Killah had rapped on Wu-Tang’s 1993 debut, Enter the Wu-Tang, but he didn’t distinguish himself until 1995, when he was showcased on fellow Wu member Raekwon’s Only Built 4 Cuban Linx. Ghostface received good reviews for his appearance on the record, and his contribution to the soundtracks for Sunset Park and Don’t Be a Menace to South Central While You’re Drinking Your Juice in the Hood were also well-received. All of these guest appearances and soundtrack contributions set the stage for Ghostface Killah’s solo debut, Ironman, in late 1996. Like all Wu-Tang projects, it was produced by RZA and was quite successful in the large hip-hop/rap underground, debuting at number two on the pop charts upon its release. Ironman was also the first album to be released on Razor Sharp Records, RZA’s record label on Epic Records.

Work with the Wu-Tang and their various members kept Ghostface Killah busy until solo singles started appearing at the end of 1999, followed by his sophomore full-length, Supreme Clientele, in early 2000. Supreme Clientele was a success, but it was followed a year later by Bulletproof Wallets, an album that didn’t sell well and had fans declaring the Ironman had gone soft. Once again it was back to the Wu for a couple years before the rapper would be appearing solo again. Epic issued the compilation Shaolin’s Finest in April of 2003, and by the end of the year two new Ghostface tracks had appeared on mixtapes: the chaotic “Run” with Jadakiss and the more commercial “Tush” with Missy Elliott raised the anticipation for the rapper’s first album for Def Jam and his first under the simpler moniker Ghostface. The Pretty Toney Album hit the streets in April of 2004. The Top Ten hit Fishscale, along with More Fish, followed in 2006, but not before 718 — an album from his Theodore Unit.
Always prolific, the rapper put out The Big Doe Rehab — whose release date had originally coincided with Wu-Tang’s long-awaited fifth full-length, 8 Diagrams, which RZA agreed to push back a week so as to not coincide with Ghost’s effort — in early December 2007.

Ghostface returned in 2008 with a pair of compilations: The Wallabee Champ (rarities and B-sides) and GhostDeini the Great (including remixes, alternate versions, and career highlights).

Influenced by R&B and focused on the ladies, his 2009 album, Ghostdini the Wizard of Poetry, was a significant departure. The more traditional effort, Apollo Kids, landed in 2010 with special guests Redman, Busta Rhymes, and the Game. Another significant departure arrived in early 2013 with the release of Twelve Reasons to Die, a collaborative effort with film composer Adrian Younge.

Inspired by the Italian murder mystery/slasher film genre known as giallo, it was a concept album based around Ghost’s Tony Starks alter ego. Starks appeared once again on the following year’s 36 Seasons, a return to a more straightforward gangsta rap sound.

Largely produced by the Revelations, it featured guest spots from the likes of AZ, Kool G Rap, and Pharoahe Monch. Sour Soul followed in 2015 and featured music from BadBadNotGood, the Toronto-based jazz trio. That same year, composer Younge returned for Twelve Reasons to Die II, a sequel featuring guest appearances from Vince Staples, RZA, and Raekwon.