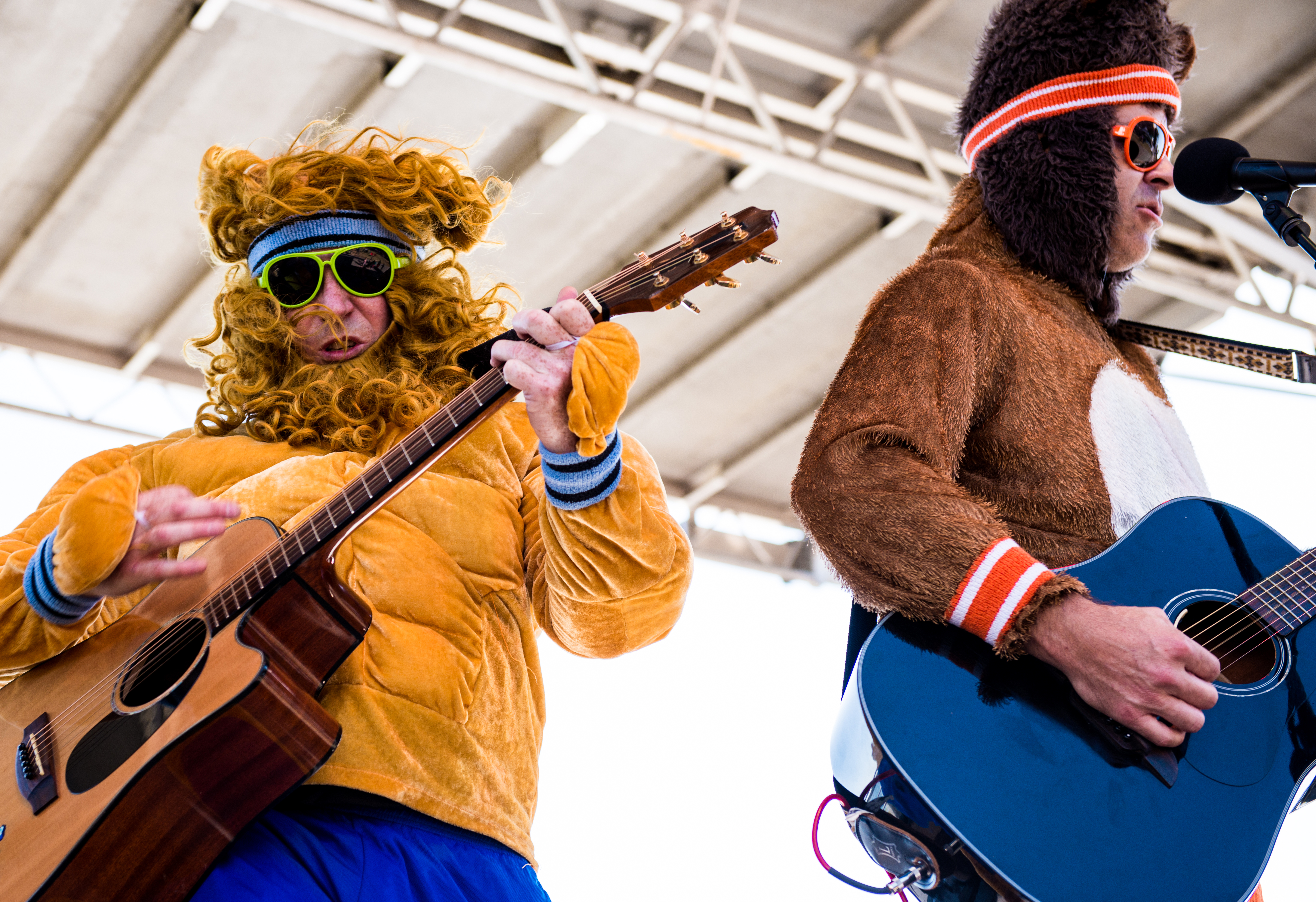 Bear and Lion are best friends with a shared dream. They want to create the greatest club in the woods where all the animals can get along and not eat each other or be attacked by evil tourists. But this wasn’t always their dream.

Bear and Lion were captured as teenagers, put in a cage, given guitars, and forced to perform in the circus under the big tent. When Bear and Lion played, the crowds jumped to their feet and sang along with every song. But at night, instead of living wild and free, they were stuck in a cage. The bearded lady, no stranger to missing out on her just deserts, would bring Bear and Lion pancakes after the show. Then one day she slipped them a key, and they set off on their own journey to live wild and free.

At first with the smell of fame fresh on their snouts, they could only follow that singular dream of going to Hollywood to become a superstar musical duo. But dreams can change and paths can part and a bear and a lion sometimes have to think about what it really means to live wild and free. You and me. They discovered that friendship was the most important thing and playing music was part of them no matter what the scene.

As Bear and Lion continue to chase new adventures, they write about them in their songs, and they want you to sing along. Be on the look out for a bear and a lion with guitars on their backs, showing up in your town, teaching you how to get down.