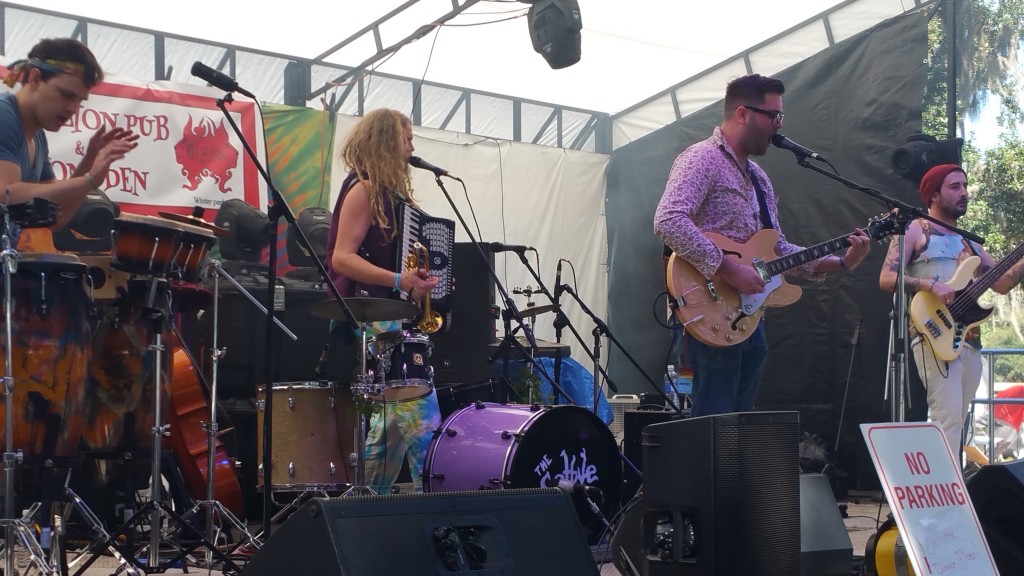 “The Getbye first got started in the dorm rooms behind the UCF arena. In just over two years, they have already managed to release an EP, titled “Down Went A Bone, Up Came A Root,” won “Orlando’s Next Big Thing” and filled in a spot for a Red Jumpsuit Apparatus tour.” – Robert Miller , UCF: School of rock bands

The Getbye is an Indie/Folk/Gypsy Rock band from Orlando Florida, formed out of the consciousness of Koal, Davey, Alex and Skitch. The band forges humbly to spread love and peace through their music while expanding on their spiritual natures. With true organic creation, The Getbye fuels its momentum through the people. While still grounded to their roots in the Orlando music scene, these gypsies can often be seen traveling and touring across the country, simply looking for new friendly spirits. The Getbye has been working hard to immerse itself in the movement of the Orlando and Florida music scene, coming with a unique and roots driven sound distinguished from any others. In July 2010, The Getbye was nominated Orlando’s Next Big Thing after beating out more than 30 bands for the crown, as well as being nominated by Soul of Da City as “Best New Band of The Year”. Bringing entertaining energy, colorful melomanious rhythms, and contagious charisma to the stage, The Getbye brings a live performance that is soul shaking. See it for yourself.