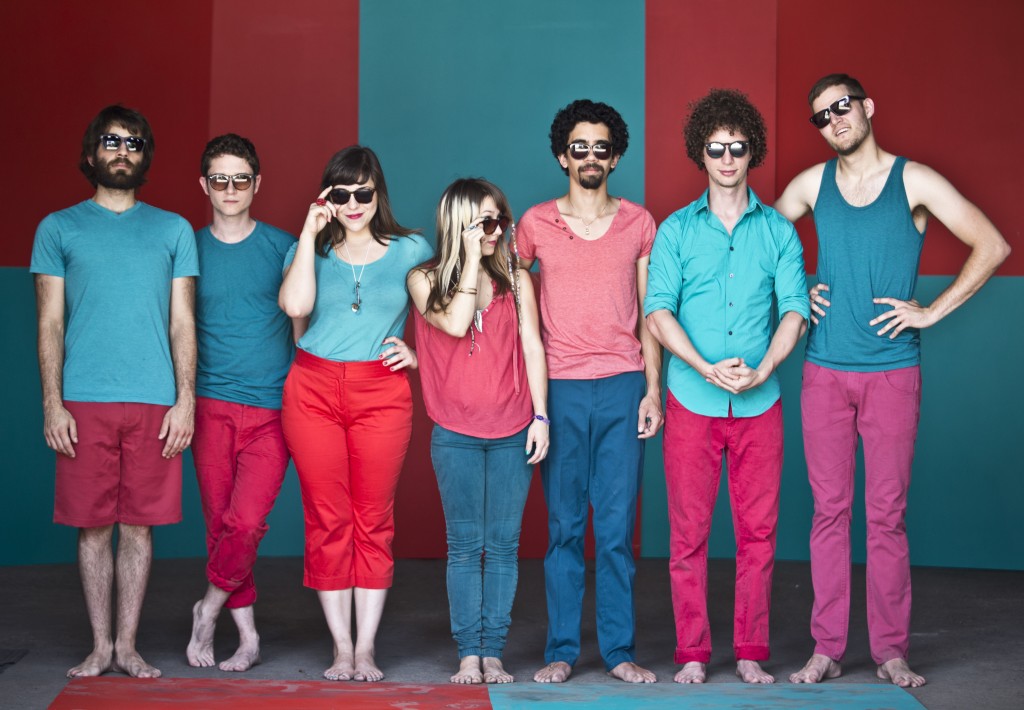 Sweet Crude premiered in Spring 2013. The band, boasting surnames like Marceaux, Arceneaux, and Chachere, seeks to reconnect with their lineage in the context of 4-part harmonies, tribal rhythms, and pop hooks. “We’re making the pop music that we’d otherwise come up with given our influences. We’re just singing a lot of the time in Louisiana French. We want to show that the language is still alive and kicking, and that it sounds great in any genre,” says primary lyricist Sam Craft, “Our grandparents learned French, but our parents never really communicated with it, so now I feel it’s on the youth to preserve the tradition. It’s wonderful that there are so many Cajun bands singing in Louisiana, and we wanted to do the same thing but with our original music.”

In just two years as a band, Sweet Crude has had an amazing ride. The band won the 2014 Big Easy Award for “Best Emerging Artist” and is nominated for “Best Rock Band” at the 2015 Best
of the Beat Awards. Even more compelling is that they already graced the main stages of BUKU Fest, Festival Internationale, French Quarter Festival and more. Additionally, the band will made their New Orleans Jazz and Heritage Festival debut in April 2015. Beyond such notable bookings, Sweet Crude’s music has been featured in FX’s American Horror Story.

Sweet Crude has tested their frenetic sound on the road, packing venues from New Orleans to NYC. The band returns to Canada in August 2015 to play the Acadie Rock Festival and Festival Acadien, both in New Brunswick. Expect to see the band to be on the road in a big way, taking their energetic music and their mission of preserving Louisiana tradition far and wide.