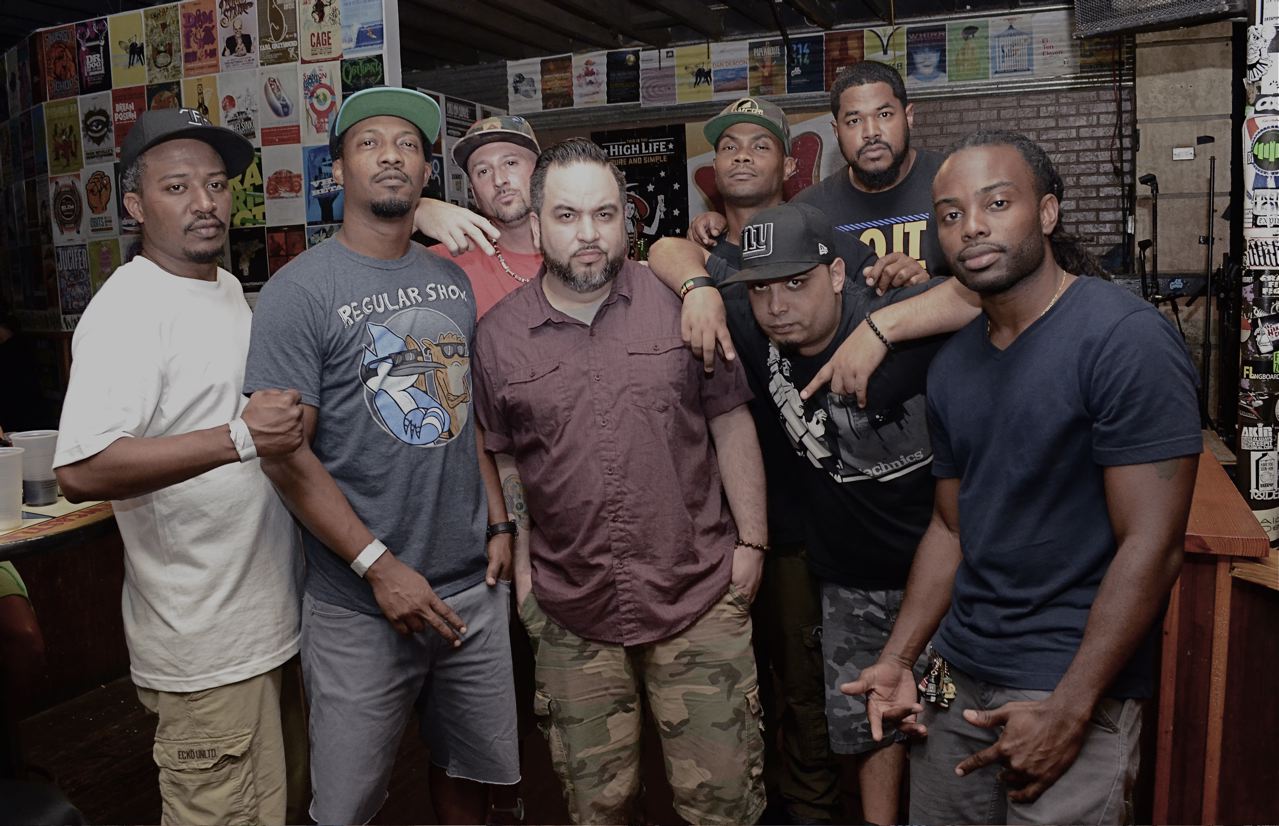 Referring to this talented group of individuals as a “band” would be both right and wrong simultaneously. Even though the majority of what they do consists of musicians playing and performing music, the large crowd of people associated with the Gwan Massive would much better be described as an “artists’ collective” or possibly a “travelling celebration”. But the soundtrack is definitely the focal point. And with at least a dozen or so people involved in the process the sound is dynamic, infectious, and massive. With a style that can shift from jazz to funk to hip hop to reggae (all in the same song) they’re a difficult bunch to categorize, although hip hop is probably the most prevalent style in their catalog.

The group was loosely organized by a few like-minded friends sometime in 2005 as an alliance of local Tampa artists who shared similar vision and approach to their respected crafts. With an ever rotating cast of emcees, singers, instrumentalists, D.J.’s, producers, graphic artists, painters, and friends, who the actual “members” of the group are remains somewhat of a mystery. As of right now the key players include members of 3 bands (Tribal Style, Poetry&Lotion and HotBox), hip hop trio The Rukus, and emcees Jinx and Breakdown.

Over the last few years the Gwans have developed a loyal following and a high level of acclaim for they’re eclectic shows/parties and their respectful tributes to musical legends like Bob Marley, James Brown, and Amy Winehouse. They have opened for national acts such as De La Soul, local entertainment publication Creative Loafing named them the critics pick for Favorite Hip Hop act of 2012, and in early 2013 they were the first band to perform live on the long running Saturday night Hip Hop show on 88.5 FM in Tampa.