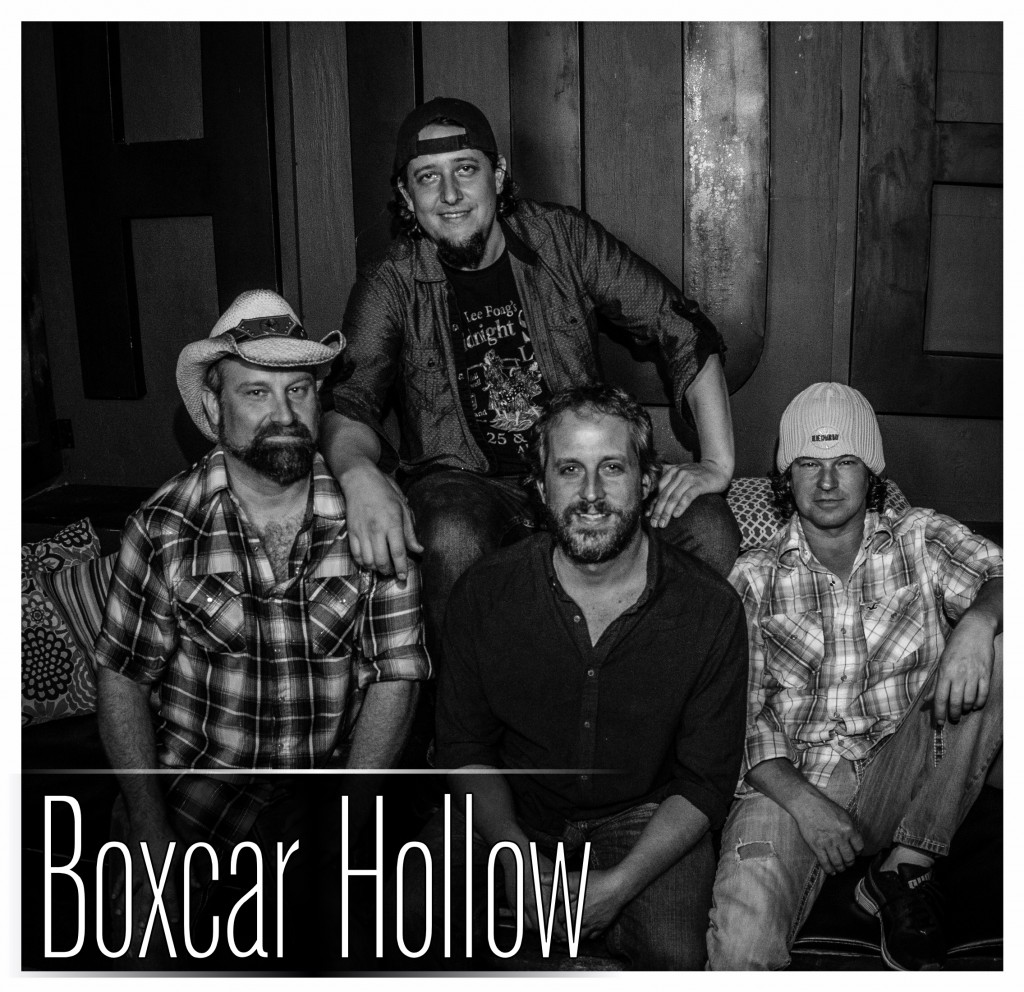 Boxcar Hollow is a band derived from experience and musical prowess.  Winning “Best of The Bay” honors, this post-modern Americana newgrass quartet, takes the true essence of the roots of folk and bluegrass with jamband sensibilities, and turns it into this new yet familiar sound we call “Boxcar Hollow”.  As individuals they have played some of the biggest stages and and festivals in the country, and now this group resides in the Tampa Bay area, with touring on the horizon back to The North, where Matt Weis(guitar vocals) and Jack Pieroth(bass) are originally from.  Jeff Baker (drums/percussion) channels his song writing from his country roots, where Matt Weis’ influences stem from a Dylan-esc homage, along with some of the other folk musicians who are leading the way in our modern era.

Greg Holt is one the South’s top fiddlers, whose sense for melody is second to none. Matt Weis and Jack Pieroth has been playing music together for nearly 15 years, and are enjoying their latest journey in the Tampa Bay region, playing shows nearly 7 nights a week.  One of Pieroth’s biggest influences is bassist Phil Lesh, where solidity, and keeping the band in synchronicity with driving bass lines, is of the upmost importance.   Look for this band on the rise in Tampa Bay’s arts and entertainment magazine “Creative Loafing”, and right now you can see them every Thursday night, in Downtown St. Pete at the Mandarin Hide, along with shows in and around around central Florida and beyond.