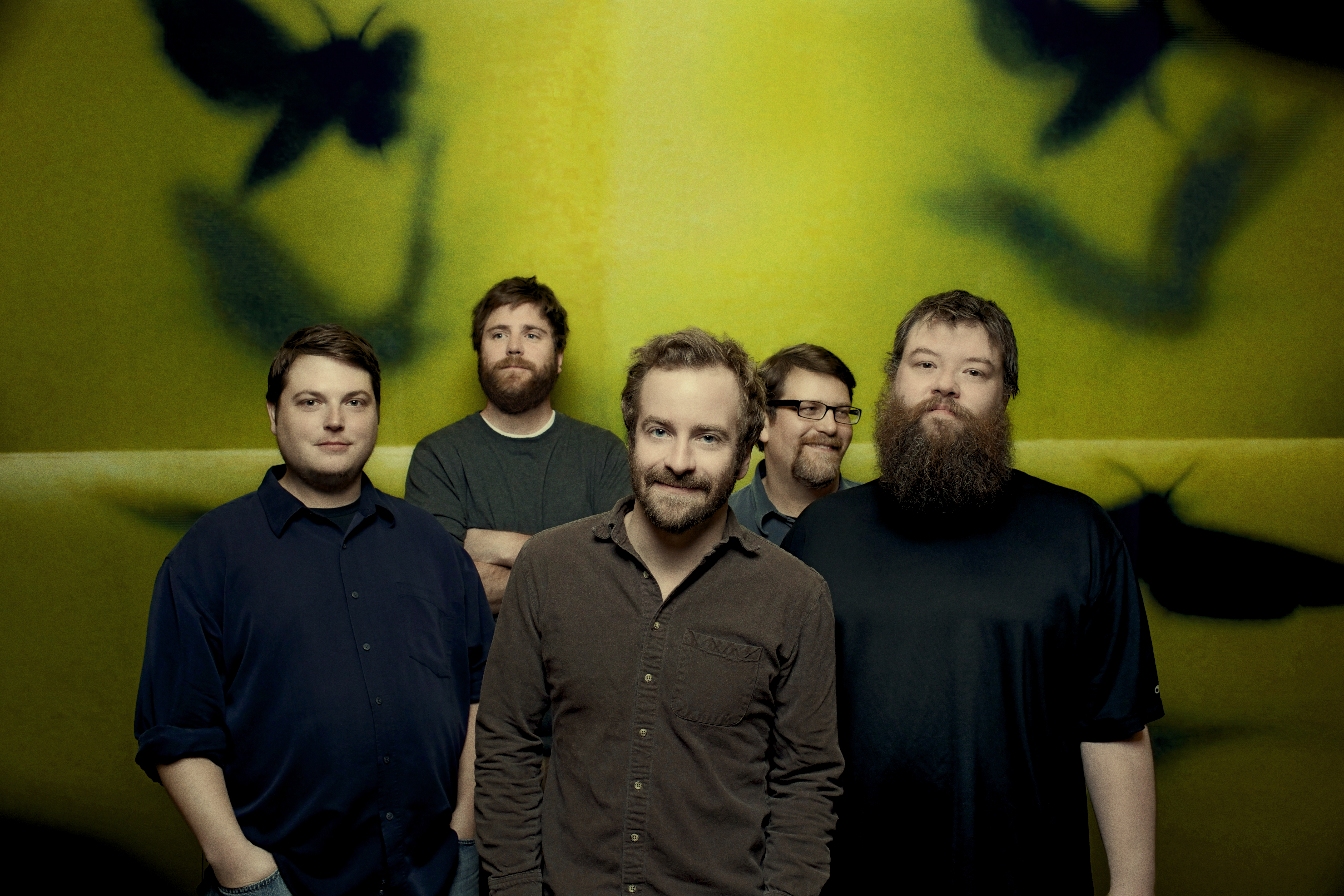 “There is something generous about the way they play. They make room for each other, they serve the song, yet at times seem to ride the chaotic edge of stringed oblivion. It is the sound of joy; the kind of joy that the truth gives you, even when it’s a hard thing to hear.”
– Alan Sparhawk

On Wild Animals, Trampled by Turtles’ seventh studio album, themes of impermanence run deep, both lyrically and sonically. The quintet’s hybrid folk sound continues its evolution pushing the band further into the grey area between genres that defies pigeonholing.

Trampled By Turtles formed in 2003 in Duluth, Minnesota. From their beginnings on the Midwestern festival circuit, they have reached new heights with each album.  The release of 2012’s Stars And Satellites saw the band play to more fans than ever, sell close to 100,000 albums, make their first national television appearance on The Late Show With David Letterman, and have their first concert feature, Live at First Avenue, broadcast on Palladia. This year will see the band headline Red Rocks Ampitheatre for the first time and the kickoff of their own festival, Festival Palomino, which will take place September 20, 2014 outside Minneapolis.