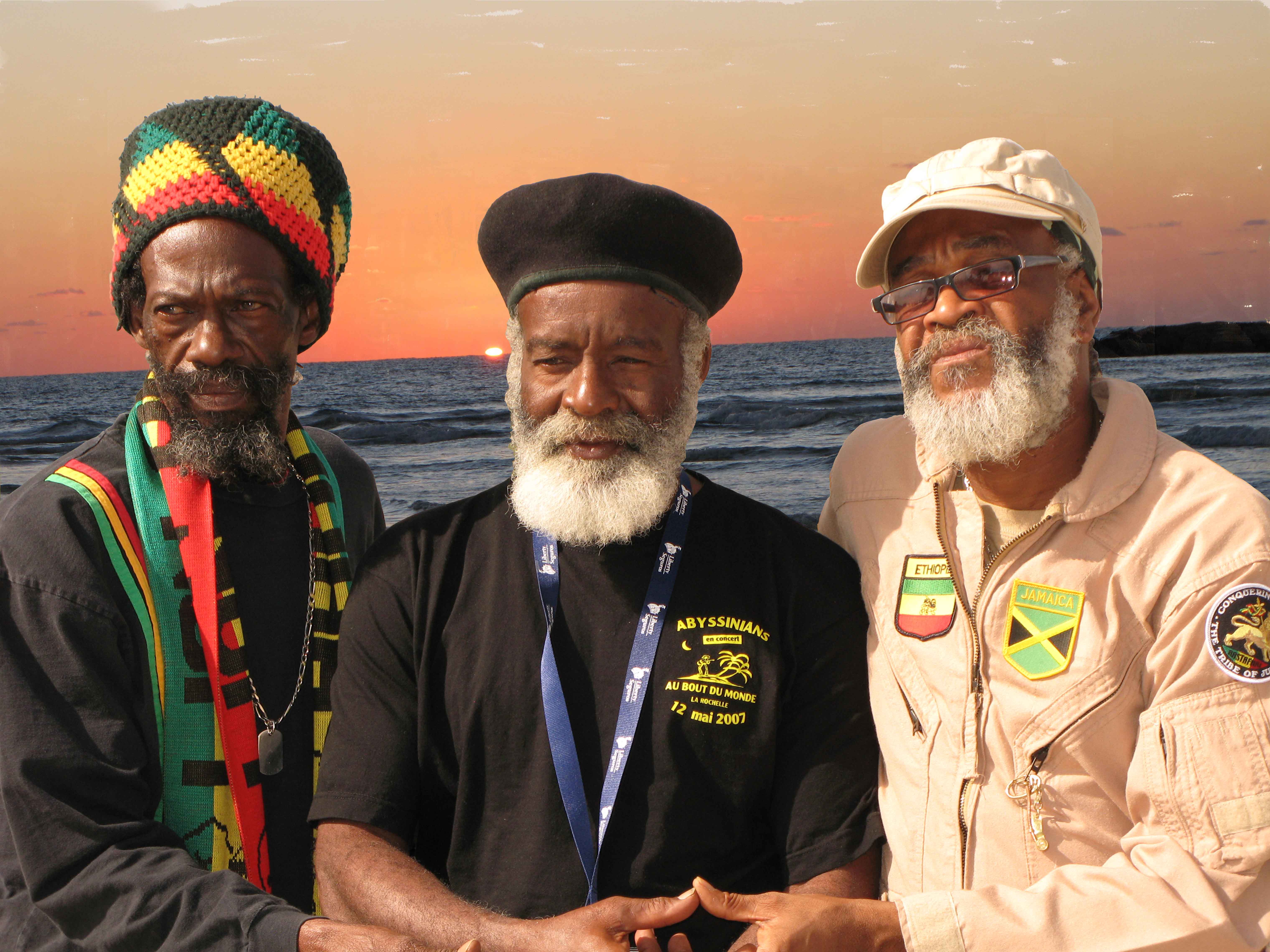 “Few groups better captured the heart and soul of roots reggae than the Abyssinians; the vocal trio’s heavenly close harmonies, dark melodies, and Rastafarian themes, all delivered with a deep spiritual feeling, were instrumental in defining and refining the genre” – AllMusic.com

The Abyssinians is one of the music industry’s great ironies that today, weather inside or outside of reggae circles, the Abyssinians is perhaps better known for their trio unique harmony roots and spiritual music. It is Even said that Satta massagana is the anthem for reggae music after a string of hits, like Declaration of rights, Forward unto Zion, Ymassgan African race and many moor the group never quite managed to break into the mainstream, although they have seemed poised for international stardom during the early ‘70s/and ‘80s. The singers was all born in Kingston, Jamaica, the original member names is Donald and Linford Manning and Bernard Collins. The group was form in 1969 then they record Satta massagana at Coxson Dodd’s studio 1 then it was released on the Clinch Label .

The group separated in 1980, when each individual member go about their own separate agenda until 1989 they joined together again and recorded a album over a three year period named $19.95+Tax, it was limited amount of copies was printed and the same album was re released on the Artist Only Record Label by the name REUNION, the three original member of the Abyssinians began to do their promotional tour they work together up 1991 where the group have made their split again for the second time when Bernard Collins start to sing with two of his close friends, Donald Manning start to sing with his brother Carlton Manning and David Morrison which they have tour internationally.