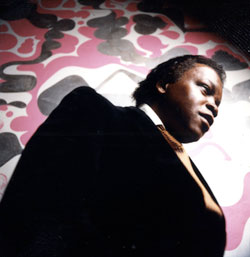 Lee Fields is a bona-fide, 100%, unadulterated, pure, gut-bucket soul singer. While the crate-digging funk and soul community bestowed “legendary” status upon him due to his undeniably solid series of rare 7″ singles (and one LP) recorded and released on his own independent labels in the 70s, he’s never been one to sit in a dusty corner. New York label/production team Truth & Soul, are ready to bring him to light with a brand new album of beat-heavy, deep soul ballads that will show soul-revivalists the world over what real soul is.

After his rediscovery in the mid 90s, his faithful have featured him on a slew on singles, a full-length on Desco Records entitled “Let’s Get It On’, a full-length on Soul Fire entitled “Problems”, and on Sharon Jones’s critically acclaimed album, “Naturally”. Most recently, he has featured on a number of tracks by French house producer, Martin Solveig. Suprisingly, many of of those songs have become top ten hits for Solveig and have turned Lee Fields into a bonafide celebrity in France and other parts of Europe. Yet, outside of a rabid cult following, his story remained untold in America.