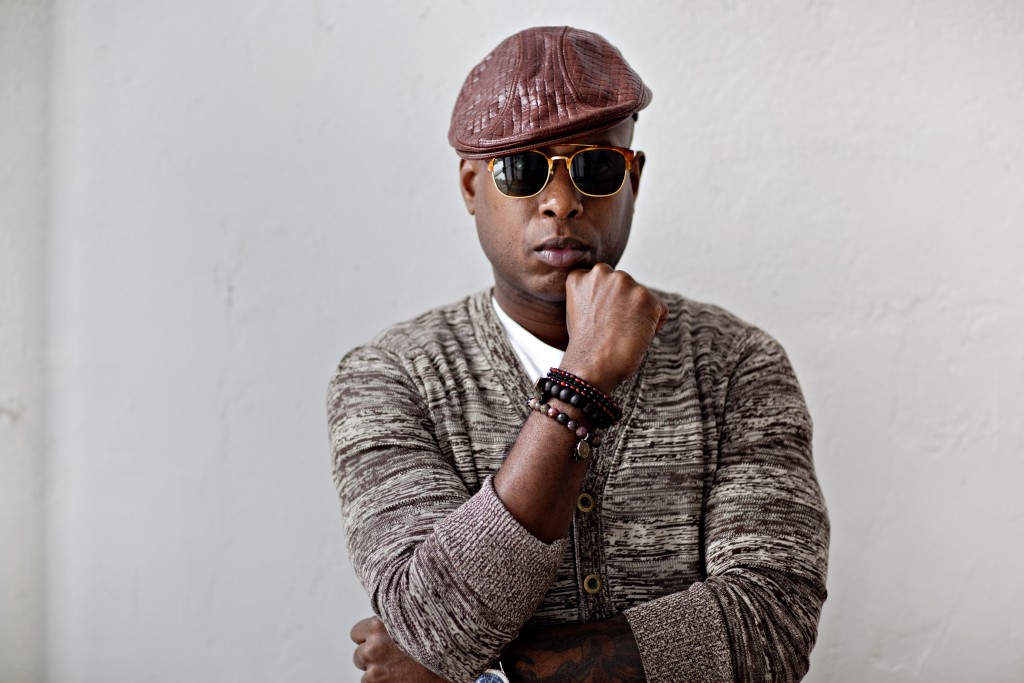 The Brooklyn-based rapper earned his stripes as one of the most lyrically-gifted, socially aware and politically insightful rappers to emerge in the last 20 years. His travels around the globe as one of rap’s most in-demand performers combined with his conversations with political activists and his genre-straddling work with Idle Warship and others caused Kweli to realize that he was limited in a sense, a prisoner of sorts of his own success as one of the world’s best rappers with something significant to say.

“My music has been associated with those types of causes, with positivity, spirituality, intelligence and being thought-provoking and such,” he says. “I think sometimes people get caught up in that part of me as an artist and don’t necessarily understand the musicality or fully appreciate the music and the entertainment value behind what I do. I tried to stretch my wings a little bit and bring something that was less beholden to the world of hip-hop and more existing in the world in general.”

The result of this artistic growth and exploration arrives with Kweli’s dynamic Prisoner Of Conscious AKA P.O.C., an artistic tour de force that signals the start of the next chapter of Kweli’s remarkable career. The BK MC spent more time working on Prisoner Of Conscious than any of his other albums, a three-year journey that found him exploring new vibes, joining in some unlikely collaborations and taking him to foreign lands.

Produced by Symbolyc One (Kanye West, Ghostface), the title track’s alternatively rap and rock-based beat provides a distinctive platform for Kweli to deliver rhymes that detail his artistic awakening, while producers Sean C & LV (Jay-Z, Raekwon) created a Marvin Gaye-esque vibe for “Come,” a cut featuring Miguel that showcases Kweli trying to convince a series of women to do things his way.

Then there’s the dramatic, piano-driven “Before He Walked,” which showcases passionate vocals from singer Abby Dobson and includes a verse from possibly the most noteworthy guest on Prisoner Of Conscious: Nelly. Both Kweli and The St. Louis rapper recount the importance music has had in their lives on the stirring song, which was an outgrowth of conversations about music and life Kweli and Nelly had at Kweli’s Los Angeles residence.

“Nelly is somebody I’ve known and have been friendly with throughout the years in this business,” Kweli says. “Nelly has always been an example for me because a rising tide raises all boats. Nelly is an artist who is polarizing at times because of the ‘Tip Drill’ video to the boycotts he’s endured at colleges, but I know him as a person, and he’s a great person.”

Kweli shifts gears on “Favela Love.” Inspired by and created during a trip to Sao Paulo, Brazil, the breezy song features crooning from Brazilian singer and actor Seu George (City Of God, The Life Aquatic with Steve Zissou). Kweli and George met in the studio, leading Kweli to deviate from his original concept for the song.

“The song went from being about a woman to be being about Brazil, about the favela, about loving to come there,” he reveals. “The woman is really a metaphor for the place. That’s why it’s called ‘Favela Love.’ When I was telling Seu George about that, he started singing about how much he loves Brazil and where Brazil fits in the world.”

AFTER NEARLY 20 YEARS OF RELEASING MESMERIZING MUSIC, TALIB KWELI STANDS AS ONE OF THE WORLD’S MOST TALENTED AND MOST ACCOMPLISHED RAPPERS.

Whether working with Mos Def as one-half of Black Star, partnering with producer Hi-Tek for Reflection Eternal, releasing landmark solo material or collaborating with Kanye West or Madlib, Kweli commands attention by delivering top-tier lyricism, crafting captivating stories and showing the ability to rhyme over virtually any type of beat.

Idle Warship’s music challenged Kweli and led him to a new artistic space. “I like the position I’m in,” he says. “I feel like I’m a connector, a leader. I feel like I’ve led by example and I want to continue to do that. I like the fact that I’m in a position where cats who are coming out and making music that I enjoy are interested in my music and are interested in my influence. It’s a great feeling.”In particular, Kweli showed his artistic reach in Idle Warship. Teaming with longtime collaborator and acclaimed singer Res, Kweli began getting out of his sonic and creative comfort zone on the group’s 2009 mixtape Party Robot and its debut album, 2011’s Habits Of The Heart.

Kweli also has the high-powered Attack The Block mixtape with DJ Z-Trip set to arrive and will be focusing on making his Javotti Media (which released his 2011 album, Gutter Rainbows, and is named after his paternal grandmother) into a media powerhouse that releases music, films and books.

But for now, Prisoner Of Conscious arrives as an artistic triumph, a collection that embodies Talib Kweli’s robust creative vision. “I wanted to put out an album that really can support the artist that I’ve become,” he says. “I’m a touring artist. I’m an artist that’s internationally known. I’m not just a local artist at this point in my career. I’m cognizant of the fact that what I do is beyond where it started. I’m trying to reach the apex of where I am now, but without turning my back on or dismissing what I’ve done before.”