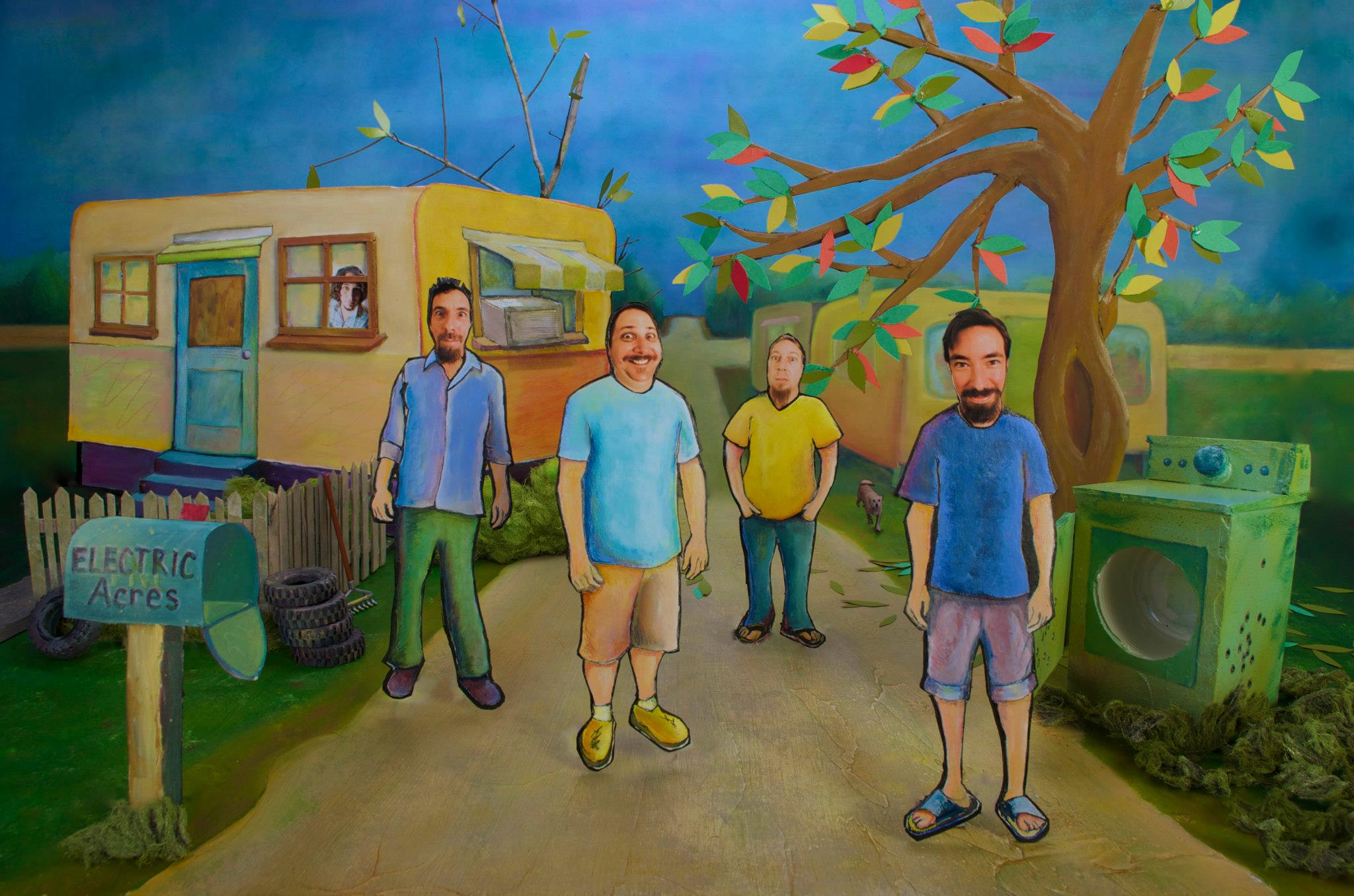 Poetry ‘n Lotion (PnL) is horn infused instrumental rock music from of Tampa, FL. “The sextet embracing an even cheekier and more Zappa/Ween-esque kitchen sink attitude in their songwriting, a fuller instrumental presence with all kinds of added keyboards and percussive textures, and a generally tighter, brighter sound overall.” – Leilani Polk, Creative Loafing

With 2 albums under their belt, tons of shows and nearly a decade of playing together…the band is hard at work writing new material and performing live in and around the Southeast. What began as a whiskey-swilling acoustic trio has now evolved into a no-nonsense brass attack of progressive instrumentalism.

In 2015 Brian Deeds joined the band on guitar rounding out the lineup which currently consists of Kenny Pullin on trumpet, Alex Fedele on trombone/percussion, Matt E. Lee on guitar and lasers, Thomas Murray on bass and John Nowicki on drums. PnL played an official SxSW showcase in 2011 and has won several CL Best of the Bay awards, most recently “Best Album” for their last LP ‘Electric Acres’ in 2014.