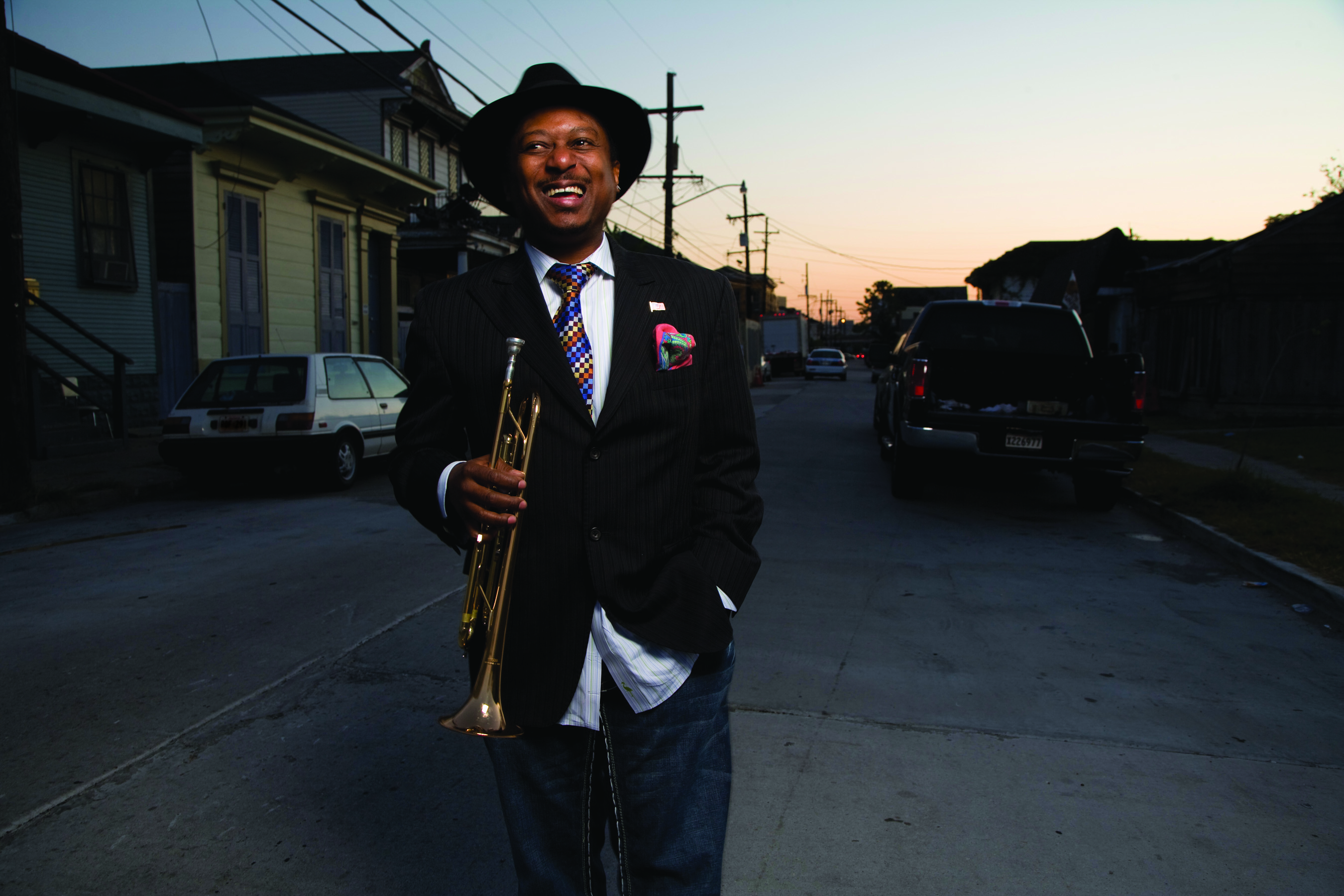 “An unabashed entertainer who plays trumpet with a bright, silvery tone.” – The New York Times

Ruffins enlisted a who’s who of veteran rhythm giants to ensure Happy Talk, his first release since appearing on the critically acclaimed HBO drama Treme, would achieve a sound big enough to compliment his own radiating celebrity. Guest performers include label mates Corey Henry of The Rebirth Brass Band and clarinetist Dr. Michael White, who will soon be back in the studio to follow up his 2008 release, Blue Crescent.

Produced by Grammy winner Tracey Freeman, Happy Talk is the culmination of New Orleans’ top talent led by a distinguished entertainer at the height of his career. Compliments of master drummer Herlin Riley, the upbeat shuffles that carry tracks like “I Got a Treme Woman” and the Sam Cooke-penned “Ain’t That Good News” make clear that Ruffins’ ascent into national spotlight has only strengthened his local role as the good times purveyor of city. If you’re fortunate enough to be in New Orleans, catch Ruffins showcasing his new tunes Tuesdays at Bullet’s (6:30p) and Thursdays at Vaughan’s (8:30p).