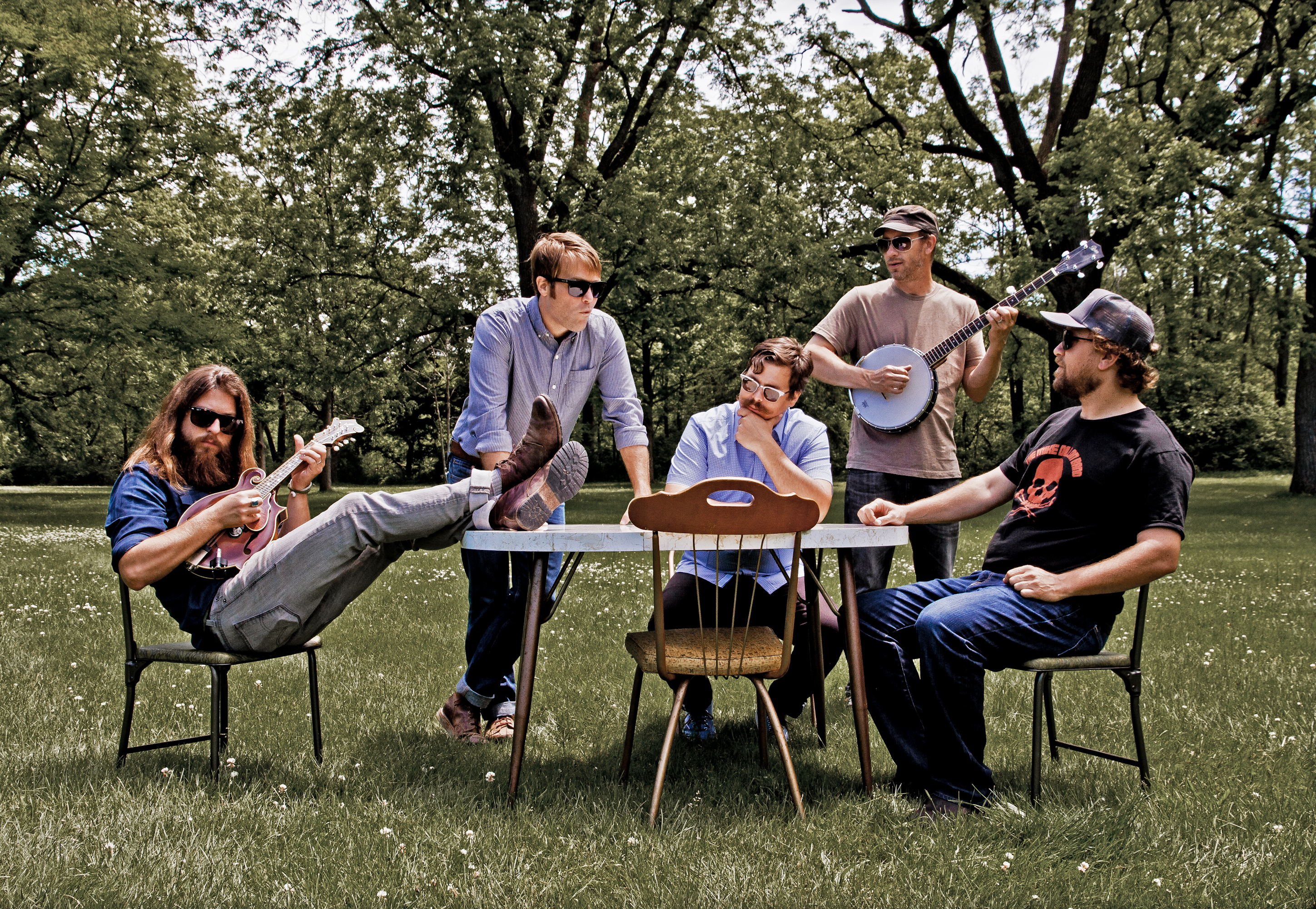 “Perhaps the true spirit of the festival was most embodied by a group from Michigan called Greensky Bluegrass. Much like the festival itself, Greensky are hardly strictly bluegrass and, yet, they’re representing the genre for a whole new generation.” – Rolling Stone, Hardly Strictly Bluegrass Festival review

If you’re familiar with bluegrass music, then you’re tuned in to some of what Greensky Bluegrass does. They’re also known to throw a great party, rock n roll, and (if the critics are to be believed) they have great songs. They are unquestionably a team of friends that traverse the country making music they enjoy. What makes Greensky different than Bluegrass? Poignant rural ballads about real people? Dobro tone that Jerry (Douglas or Garcia) would love? Distortion Pedals? Grit and attitude from a whiskey soaked card game? Indeed, but that’s just the tip of the iceberg.

This quintet from Michigan has been staying up late at all the coolest festivals and stopping to play your favorite clubs and theaters across America for 11 years now. Nearly 175 shows per year has prepared them for the rigorous task of continuity. Greensky Bluegrass isn’t slowing down. “They’re coming to your town to help you party down.” Yeah. Really. Like you never thought possible.

At the start of the millennium, some of these guys met, then they met more guys. They thought Greensky was a clever name for a bluegrass band. Fast forward to 2011 when they recorded their fourth studio record, called Handguns. Among them, words like, “proud,” “killer,” and “damn right!” have been spoken in regards to the music of Handguns.

While they all may be accurate, we hope you’ll find far more than you expected, hell – even more than we expected contained in this piece work that may well come to define one of 21st Century America’s hardest working musical ensembles.