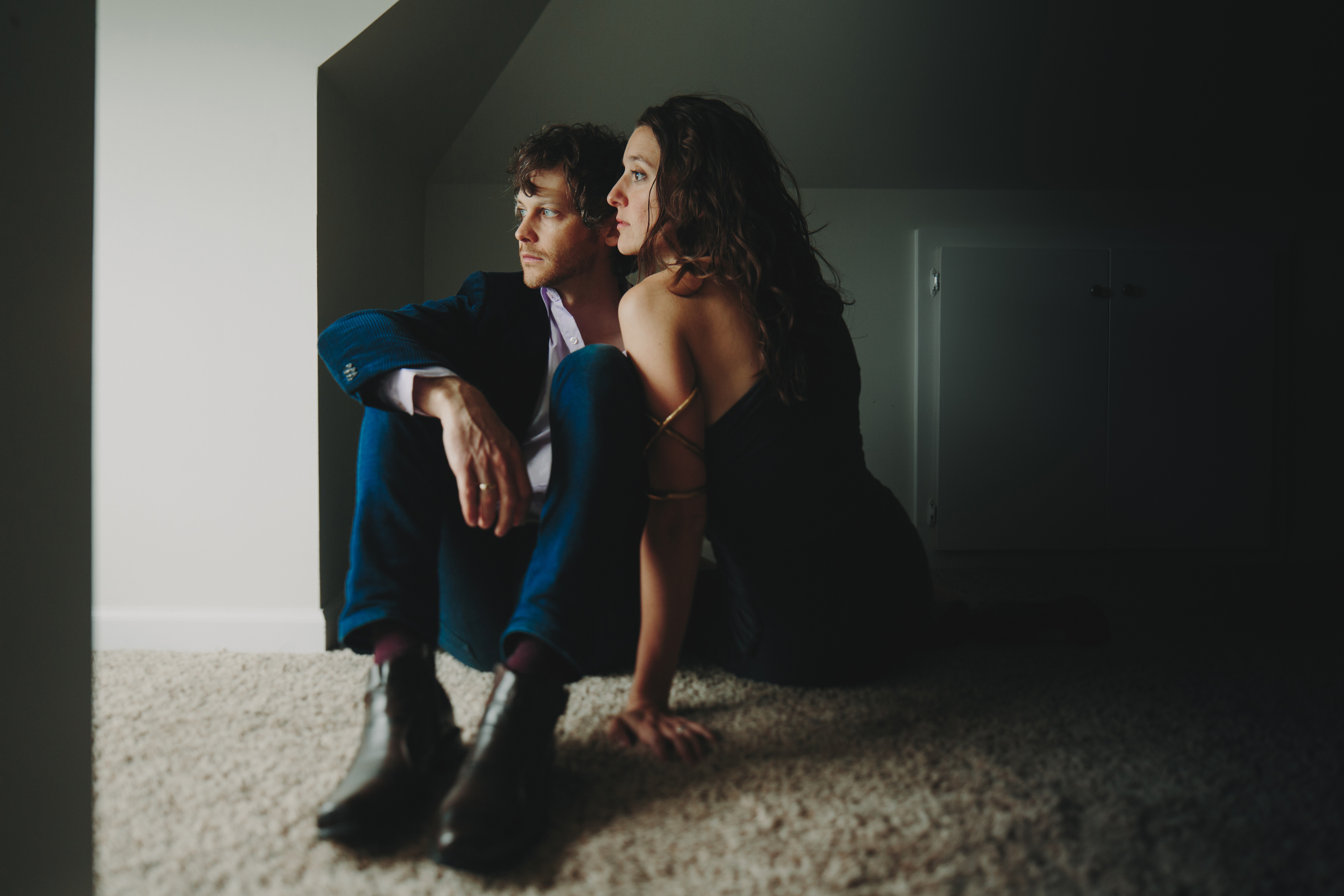 “Suz and I started this band as friends,” says David Wax, “but now we’re married and have a child and have our family on the road with us. The stakes are different.” Those stakes are what lie at the heart of David Wax Museum’s fourth and boldest studio album to date, Guesthouse (to be released October 16 on Thirty Tigers). It’s the sound of a band reconciling the accountability of marriage and parenthood with the uncertainty and challenges of life on the road; of coming to terms with the limitations of the “folk” tag that launched their career and pushing past it into uncharted musical territory; of reimagining their entire approach in the studio to capture the magic and the bliss of their live show. In typical David Wax Museum fashion, the songs on Guesthouse are simplistic and sophisticated, elegant and plainspoken all at once.
Rather than succumbing to the weight of the newfound responsibilities that landed on their doorstep, the band has leaned into the challenges to capture a brilliant portrait of the messy beauty of it all. The roots of David Wax Museum stretch back nearly a decade, and all the way from New England to Mexico. As a student at Harvard, Wax began traveling south of the border to study and immerse himself in the country’s traditional music and culture. Back in Boston, he met fiddler/singer Suz Slezak, whose love of traditional American and Irish folk music fused with Wax’s Mexo-Americana into a singular, energetic blend that captivated audiences and critics alike. Their 2010 breakout performance at the Newport Folk Festival made them the most talked-about band of the weekend, with

NPR hailing them as “pure, irresistible joy.” They released a trio of albums that earned escalating raves everywhere from SPIN and Entertainment Weekly (who described them as sounding “like Andrew Bird with a Mexican folk bent”) to the New York Times and The Guardian (which dubbed the music “global crossover at its best”). They earned an invitation to return to Newport, this time on the main stage, as well as dates supporting The Avett Brothers, The Carolina Chocolate Drops, Buena Vista Social Club, and more.