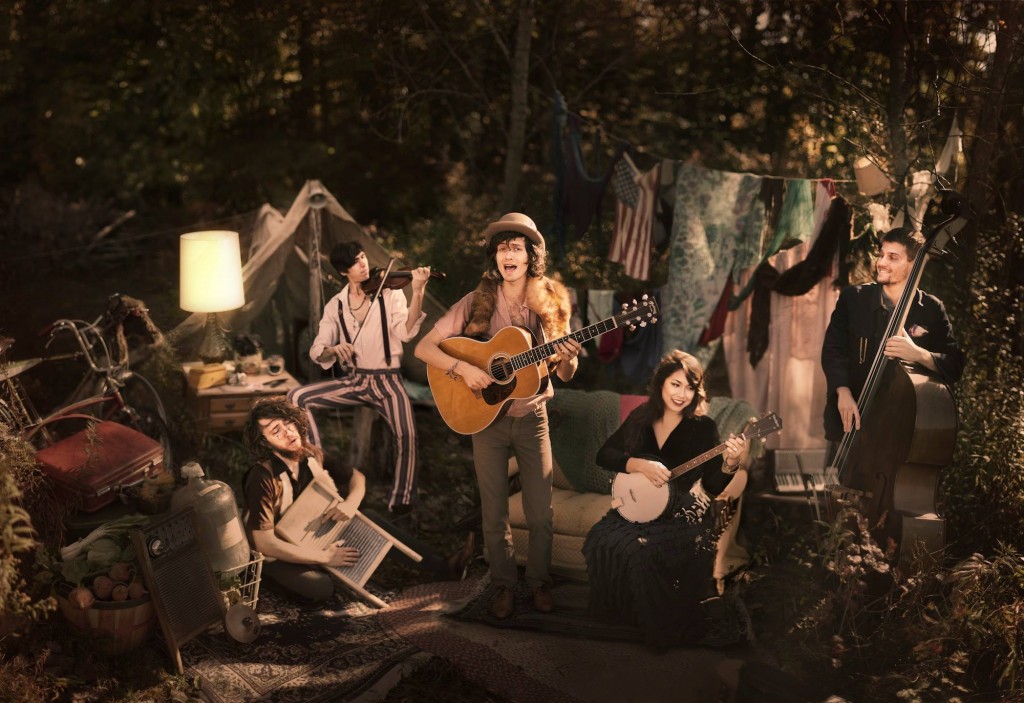 “Young Love sweeps out the various corners of American music, taking a long look at both the sublime and the strange. The group explores both dark and light in a way that other string-band revivalists haven’t touched” – Aarik Danielsen, Columbia Daily Tribune

Formed in 2010, The Appleseed Collective has become a force of nature powered by their local community and developed by a strong sense of do-it-yourself drive. In an age of corporations and climate change, the band’s commitment to buying & selling local, eating from gardens, and being their own bosses has led to the kind of success that feels simply organic. Each part of the Collective comes together to form an amalgam of complementary and contrasting elements. With a Motown session musician for a father, guitarist Andrew Brown was exposed to pre-World War II jazz on a trip to New Orleans. Shortly afterwards a chance meeting introduced him to Brandon Smith, violinist, mandolinist and improvisatory magician who grew up playing old time fiddle music. Vince Russo, multi-percussionist and van-packing savant, blends influences of funk, jazz and rock n’ roll on the washboard. Eric Dawe comes from a background of choral singing and studies in Indian classical music and provides the bottom end on the upright bass. The whole band sings in harmony. The Appleseed Collective is not a bluegrass band. It’s not The Hot Club of Paris. It’s not a ragtime cover band. The Appleseed Collective represents Americana music rooted in traditions from all over the world and from every decade, creating a live experience that welcomes every soul and is impossible to replicate.